Roe V. Wade was a Supreme Court decision in 1973. It ruled that the U.S. Constitution provides a fundamental right to privacy, which protects a pregnant person's right to an abortion. In 1992, Planned Parenthood v. Casey went to the Supreme Court. The court upheld Roe v. Wade and reaffirmed its central holding. On June 24, 2022, the court struck down Roe and Casey, erasing the constitutional right to an abortion and handing the decision over to the states. The outcome is expected to lead to abortion bans in roughly half the states.


Even though the Supreme Court overturned Roe v. Wade, abortion is still legal in Illinois. In 2019, Illinois established in state law a fundamental right to reproductive healthcare, including abortion and maternity care, through the Reproductive Health Act. Abortion in Illinois is legal up until the point of fetal viability, generally 24–26 weeks of pregnancy. Abortion is only permitted after fetal viability if it is necessary to protect the health of the patient. In Illinois, you have the right to keep your abortion confidential regardless of how old you are. 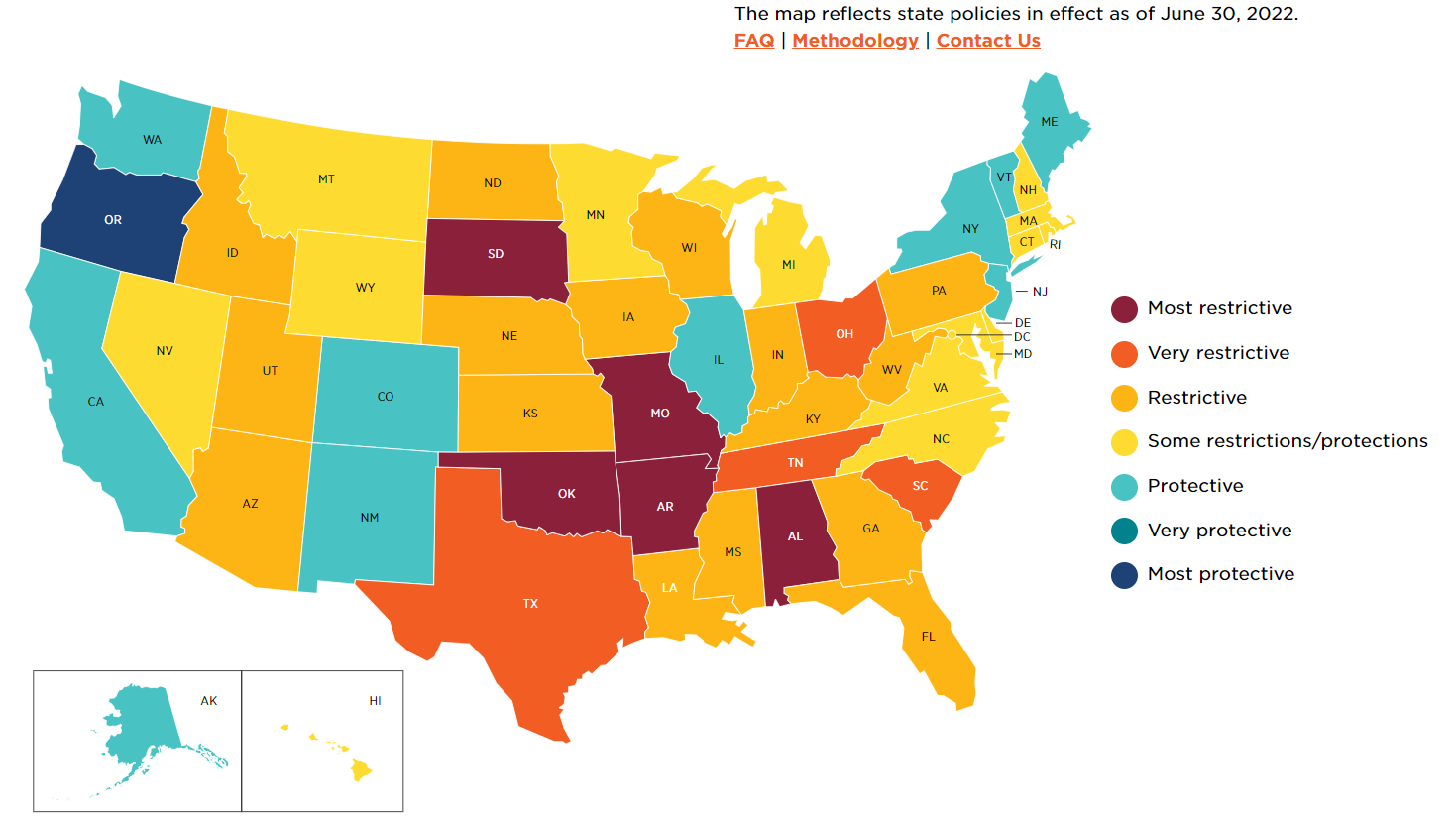 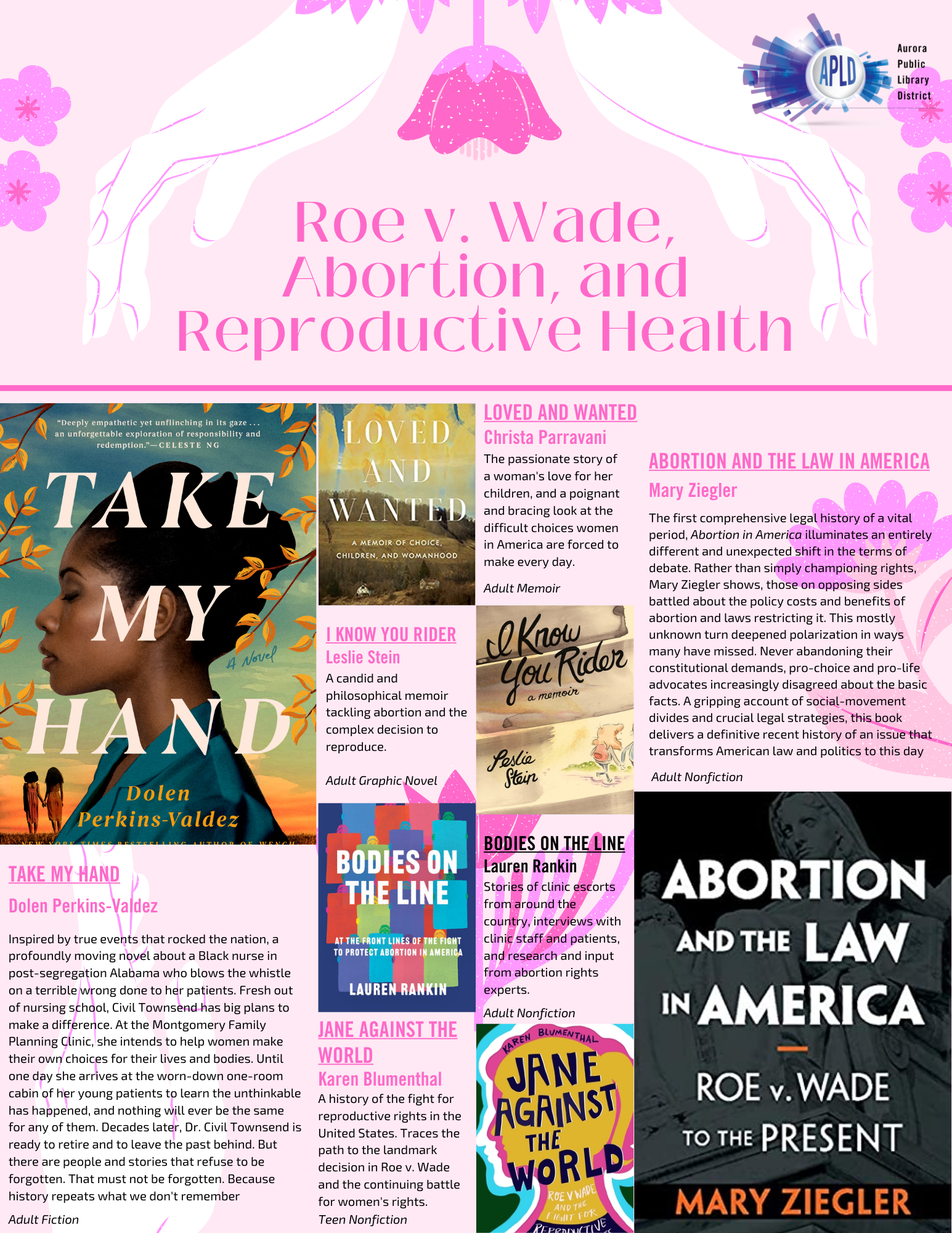 Around 73 million induced abortions take place worldwide each year according the WHO. The Guttmacher Institute estimates that nearly 1 in 4 pregnant people in the U.S. will have an abortion by the time they are 45 years old. The Council on Foreign Relations notes that the average abortion rate in countries with generally legal abortion (excluding China and India) declined by 43% over the past thirty years. Find more information, data, and statistics at the websites below.

Located in Eastern Europe, Ukraine is the second largest country on the continent (after Russia). It is situated on the Black Sea and has a population of over 40 million people. Some of its neighbors are Russia, Belarus, Poland, and Romania. The picturesque Carpathian Mountains can be found in Ukraine, along with one of Europe’s longest rivers, the Dnieper. The vast majority of the people in Ukraine are ethnic Ukrainians who speak Ukrainian, with Russians as the largest minority. In the nineteenth century, one fourth of the world’s Jewish population lived in Ukraine territory, but that population was devasted by the Holocaust. Before Ukraine declared independence in 1991, it was part of the Soviet Union. More recently, protests in 2014 toppled the government of pro-Russian President Viktor Yanukovych. Russia responded by annexing Crimea, a historically contested region on the Black Sea. The UN General Assembly has voted several times reaffirming Ukraine's territorial integrity and nonrecognition of Crimea’s annexation. On February 24, 2022, Russia invaded Ukraine. The UN subsequently voted overwhelmingly for an immediate withdrawal of Russian troops and released a statement condemning Russia aggression. 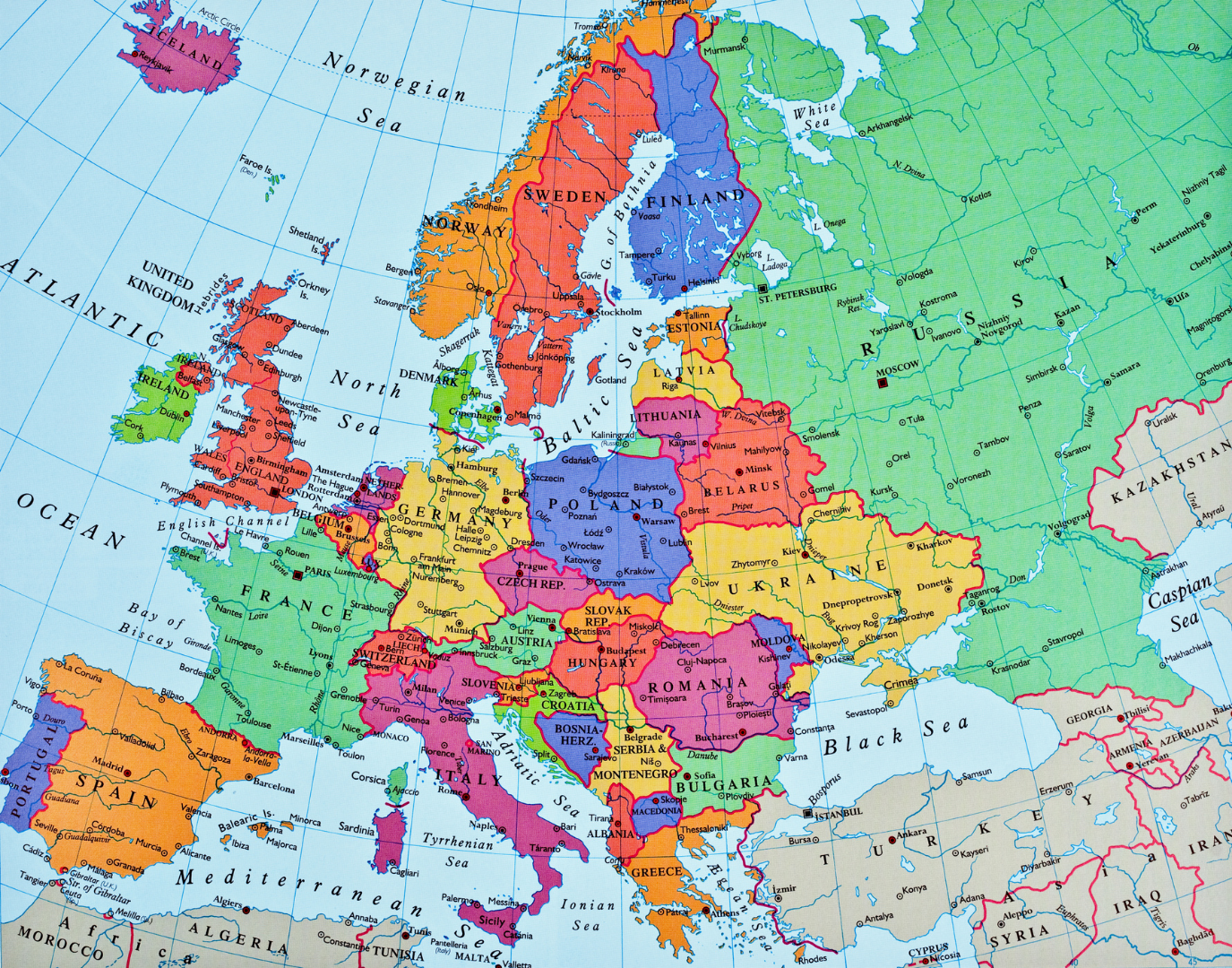 With so much information at our fingertips, including lots of misinformation and disinformation, it can be hard to find accurate and trustworthy reporting. Below is a list of some reputable news sources to stay up to date. 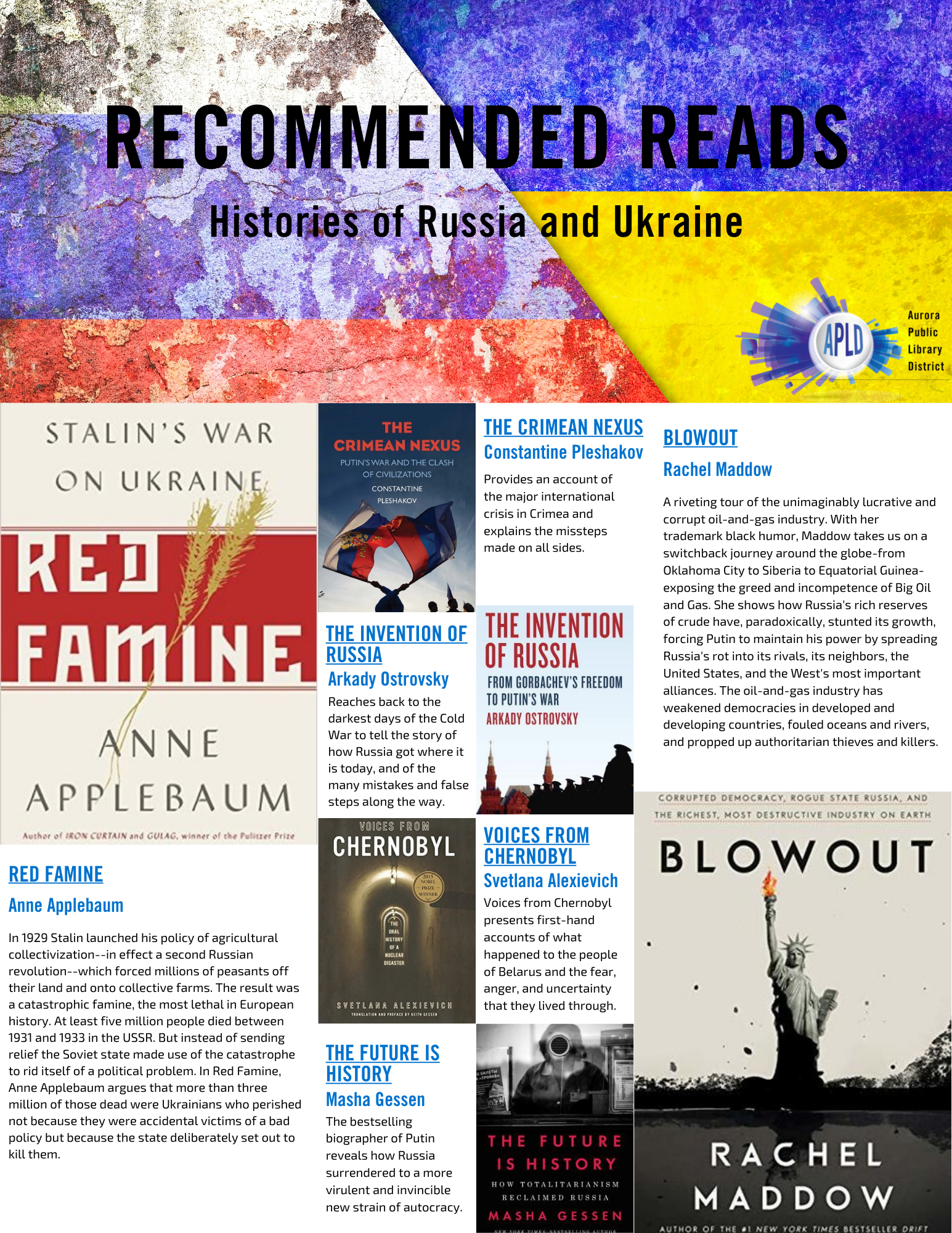 Resources for Parents and Caregivers 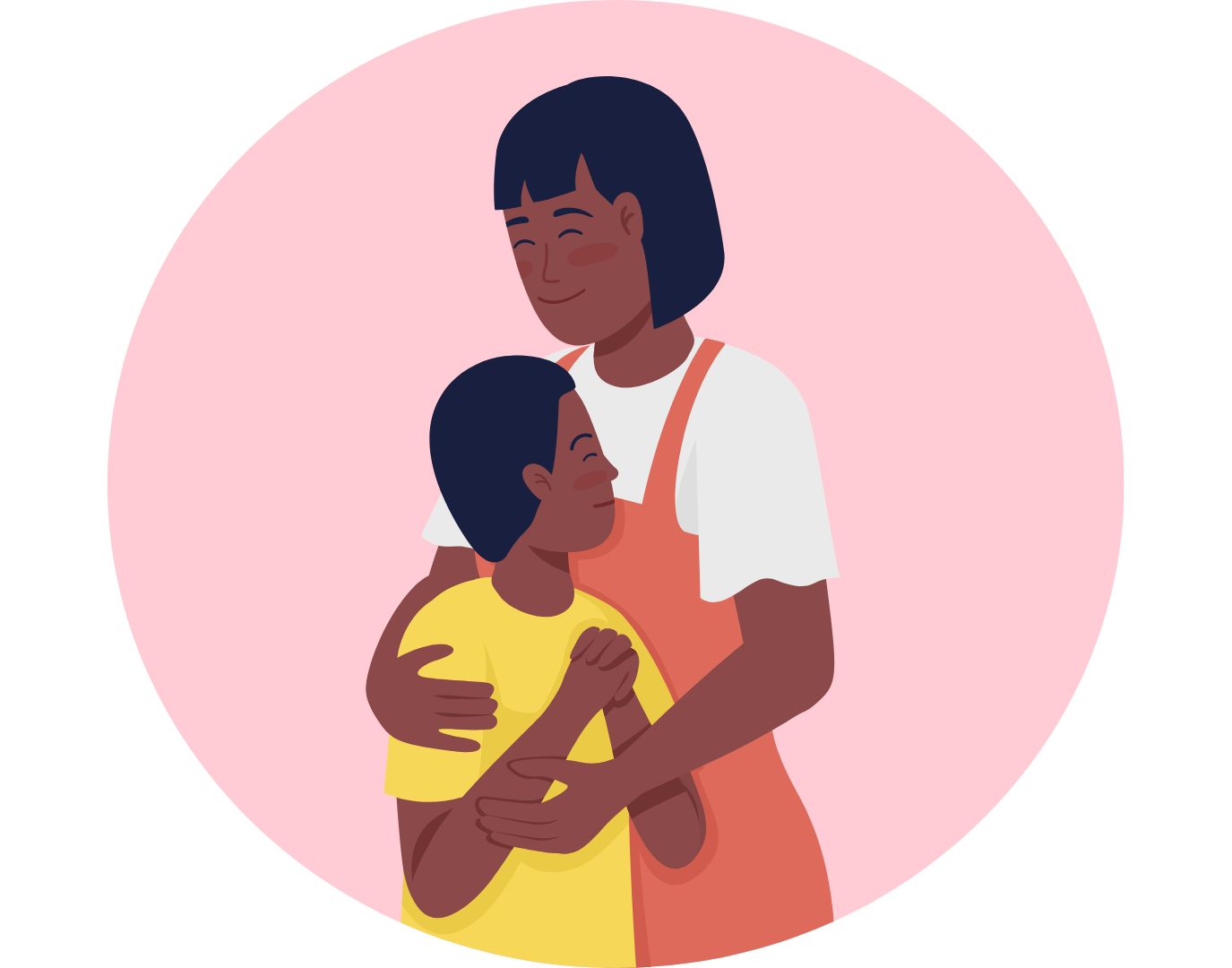 APA: Talking to kids about the war in Ukraine
Psychologists offer strategies for discussing the conflict in age-appropriate ways with children and teens.

NPR: What to say to kids when the news is scary
Conversation with a handful of child development experts about what parents, teachers and other caregivers can do to help prepare and protect kids from all the scary news out there.

Ohel Children’s Home and Family Services
Offers a guide on "Processing the Ukraine-Russia Conflict/War" for adults and the children in their lives.

CARE is an international aid organization aiming to provide Ukrainians with services cut off by the fighting, from social services to clean drinking water.

Doctors without Borders is assisting those in Ukraine suffering from medical problems, from war wounds to diseases caused by the horrendous conditions.

Fight for Right is a group which helps disabled people in Ukraine escape from the violence they face following the invasion by Russia.

Rainbow Railroad is a non-profit organization that helps LGBTQI+ people escape persecution and violence around the world, including in Ukraine.

Save the Children is concerned for children caught in the middle of armed conflict, forced from their homes in freezing temperatures, and exposed to injury, hunger and cold. Your donation can help provide children and families with immediate aid, such as food, water, hygiene kits, psychosocial support and cash assistance.

UNHCR helps refugees who have been forced to flee their homes because of the invasion, both in Ukraine and in neighboring states across the EU.

UNICEF is a global charity to help children get the nutrition, healthcare and education they need, particularly in times of crisis such as those seen in Ukraine. 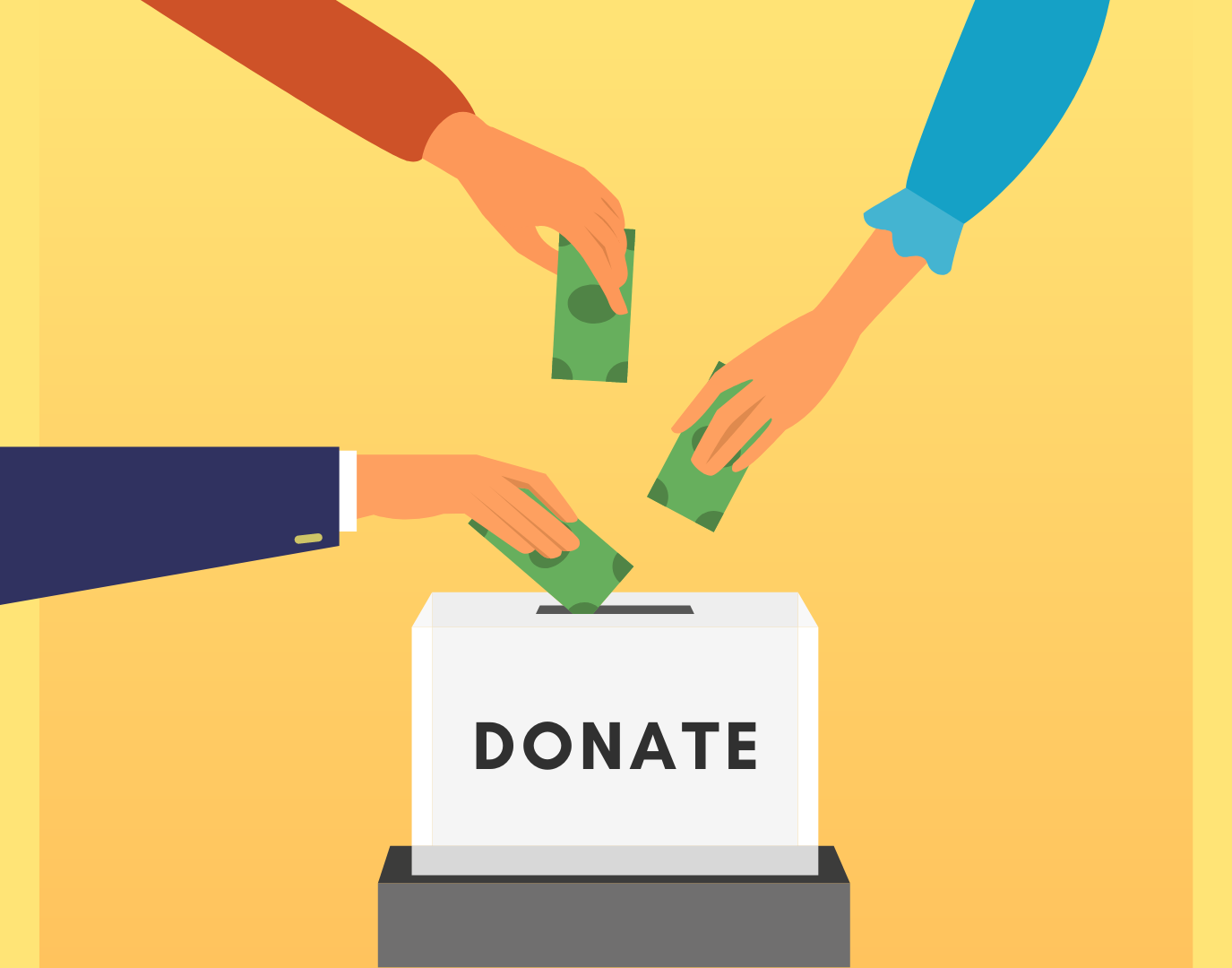 Learn how to donate safely

How to donate safely and securely for Ukraine relief - CNN

Want to donate to Ukraine? How to make sure donations go to the right source - USA Today